Play songs & listen to good music with Dub FREE music player now! Get stereo quality sounds with our audio enhancer features such as eq and bass booster. Moreover, Dub MP3 Player for Android has a stunning interface.
Dub is an OFFLINE music player! You don’t have to be connected to the internet to enjoy downloaded songs or soundtracks in your phone’s music library.
All around the world, Android users have voted us as the best sound music & MP3 Player for Android. You can try to Google Music player and our name will consistently come on top! Here are some features that distinguish us from other MP3 player for Android:

☆ Crossfade and Crossfader
Use this awesome features to mix mp3 files and your sound music to enjoy in gapless playback.

☆ Beautiful Visual & Stunning Interface
Aside from advanced & powerful features, we make sure to create awesome interface & visual for you. You will be amazed by our sound spectrum graphic equalizer bars, analog VU meter, circular sound bars and vinyl records turntable. All the music spectrums bars move according to the audio rhythm when our app play songs of your choice.

☆ Offline music player
Listen to your downloaded songs in your Music Library easily. There is no need to waste data charge just to listen to good music.

☆ Dub Share Feature
Do you want to share your playlist, songs, albums, or artists? Now you can! Dub Share is a cross-platform music sharing feature powered by Send Anywhere. This feature enables you to share your favorite music and songs with anyone in the world! Now you don’t have to Google Music player that allows you to share music with your friends and family because you can use Dub Share!

☆ Other Features of Dub Free Music Player for Android: 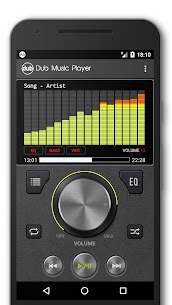 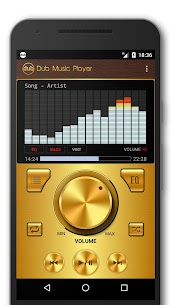 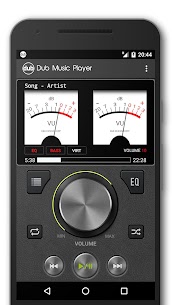 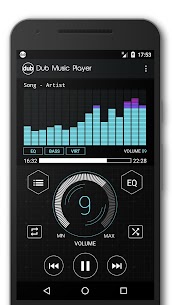 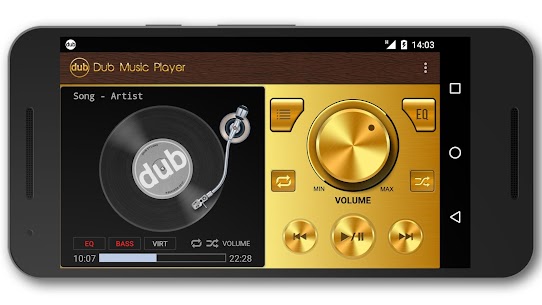 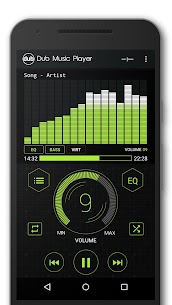 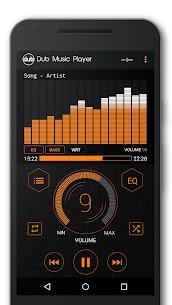 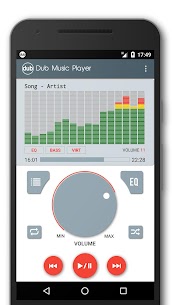